Palestinian militant group Hamas says seven of its fighters have died after an attack tunnel they were working on in north-east Gaza collapsed. The tunnel near the Israeli border collapsed after heavy rain, it said. Palestinian militants have used tunnels on Gaza’s borders with Israel and Egypt to launch attacks on Israel, transport weapons or smuggle goods. Israel destroyed dozens of tunnels during the 2014 Gaza conflict, but Hamas has been rebuilding them.

Meanwhile, tunnels on the Egyptian border have been used to smuggle weapons into Gaza, as well as civilian goods. The tunnels have played a vital role in the economy of Gaza, which has been under a blockade imposed by Israel and Egypt in 2007. 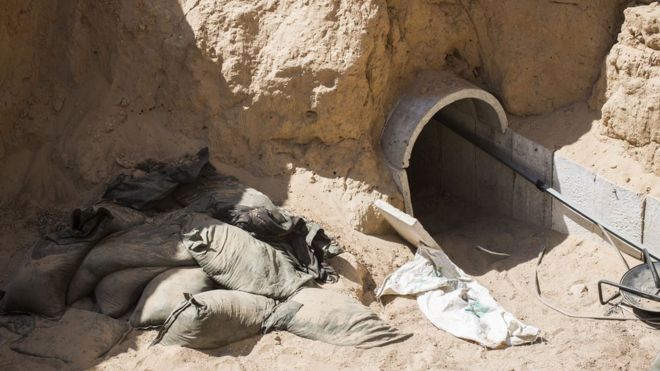 The Egyptian military began flooding tunnels on its borders late last year, and says it has eliminated about 90% of them. Israel occupied Gaza in the 1967 Middle East war and pulled its troops and settlers out in 2005. Israel considered this the end of the occupation, but it still exercises control over most of Gaza’s borders, waters and airspace. Egypt controls Gaza’s southern border.