Elon Perry is a very popular lecturer around the UK and the USA for institutions, schools and universities on the 4,000 years of history and politics of the Middle East, the Mediterranean, and various parts of Europe, such as Spain, Italy, Great Britain, Turkey, Greece; countries that are related to his lecture The Great Empires (Roman, Ottoman, Greek, Spanish, Russian and British Empire).

Elon worked as a journalist for 24 years, as a reporter, editor and columnist and as a journalist researcher/Investigator for several national newspapers as well as for radio and television. Elon served three years as a combat fighter in a military commando unit, and took part in combat activity against terrorism.

Elon’s lecture portfolio includes: The Great Empires. The Crusades. The Holy Land and Jesus. Great People of the Bible. The conflict between the Israelis and Palestinians. The Suez Canal, Zionism and the Establishment of a Jewish State in Palestine, and more.

“We were all absolutely enthralled by Elon’s talk and just regret that we were constricted for time. Would that there were more Elon Perrys in this world…”  Carrol Nathanson, London

“Elon is a very intelligent lecturer with an amazing memory who can cover 100 years of historical facts and events. His lectures are attracting so many people that we have had to get in more chairs.”  Professor A.Klieman

“Amazing! Both an erudite and charismatic speaker, the audience hanging on to every word. The animated question time following the talk showed the keenness of the audience to ask many searching questions, testament to his qualities as a talented speaker.”  Susan WIZO

The Great Empires that ruled the Holy Land

Of all the empires that ruled the Holy Land, Persians, Babylonians, Greeks, Romans, Mamluks, Ottomans, I will talk about the British Empire and its special connection to the Jewish people, both in the Holy Land and the diaspora. I will explain the benefits and usefulness in controlling the Holy Land during the 1917-1948 Mandate that was granted to the British by the League of Nations. A mandate that promised to support and assist the Jewish people and ensure the establishment of a national home for the Jewish people in the Land of Israel. I will talk about the development of the Holy Land by the British, which had been severely neglected by the Ottoman Empire for the 400 years it ruled. This involved the construction of an airport, trains, hospital, etc., and the supportive (allowing immigration) but also tough (execution and punishment of members of the underground resistance movements) relationship with the Jewish people in Palestine and the diaspora.

The Holy Land and Jesus

The story of a tiny piece of land that is sacred for Jews, Muslims, and Christians – three religions living in harmony under Israeli rule. I will describe the bloodshed and many wars that took place over it for the past 4,000 years. The Kingdom of Solomon and David. The story of the Exodus from Egypt. The birth of Jesus Christ and the birth of Christianity. How this young Jew from Nazareth became the greatest and most famous leader in history. His journey through the Holy Land from Nazareth through Bethlehem to Jerusalem where he was captured by the Romans and crucified. His resurrection after 3 days and his eternal journey of revelation and miracles. Was Mary Magdalene his only love or were there others? This is the story of a charismatic holy leader who attracted thousands of believers, now numbering two billion. How was Israel established, and what is Zionism

Jerusalem Burning   The bloody conflict between Israel and the Palestinians.

As a combat soldier in a commando  unit of the Israel Defense Force who took part in the wars between Israel and the Palestinians, I break down misconceptions and misinformation about what is really happening between Israel and the Palestinians and the truth about the conflict, beyond what we see in the media. I will explain the main reasons for the bloody conflict between the Israelis and Palestinians. I will bring stories from the battlefield, and present testimonies from Palestinians, whom I interviewed as a journalist in the Gaza Strip, in which they describe their fear of the Hamas leadership and their longing to live under Israeli rule, which had improved their lives and provided them with a livelihood.  I will explain who are the Palestinians, how were they created and where did the name Palestinians come from? What made them refugees? Do they have a right over Palestine?

Elon Perry during his service in a commando unit of the I.D.F

Among most of the Europe and Mediterranean countries, the Crusaders were regarded as immoral, bloody and savage. Their goal was to spread Christianity worldwide by the sword and liberate the Holy Land from Islamic rule, led by the Muslim leader Saladin. This talk explores a series of religious wars initiated, supported, and sometimes directed by the Latin Church in the medieval period. Beginning with the First Crusade which resulted in the recovery of Jerusalem in 1099, dozens of Crusades were fought, providing a focal point of European history for centuries.

The ruthless and widespread massacres of Muslims, Jews and other non-Christians, resulted in a bitter resentment that persisted for many years. The Crusade’s kingdom over Jerusalem lasted nearly two hundred years, from 1099 until 1291 when its last remaining possession, Acre, was destroyed by the Mamluks who conquered the Holy Land from the Crusaders in 1291. We will explore what happened in the Middle East from the Rise of Islam to the founding of the Seljuk Empire and explain why that Empire failed to stop the invasion of the First Crusades and discuss the foundations of the Four Crusader Kingdoms of Edessa, Antioch, Tripoli, and Jerusalem.

One Canal and Three Wars 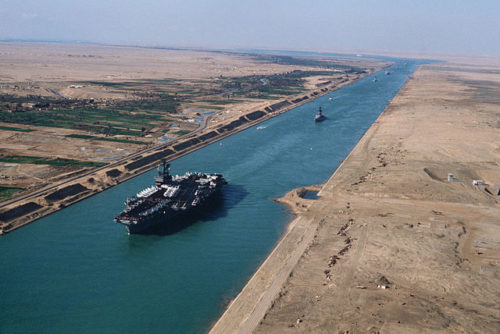 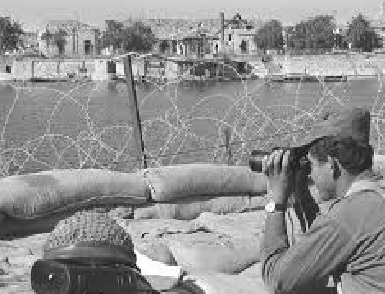 In this lecture I will talk about the importance of the Suez Canal. When was the Suez Canal dug and for what purpose? How important was it for the Mediterranean region, and whose interests did it serve? I will talk about the wars between Egypt – Britain – France – Israel that took place over it when the Egyptian President Nasser closed the canal and prevented freedom of navigation between the Mediterranean Sea and the Red Sea and the Gulf.  I will describe one special heroic operation that had never been undertaken before. This operation, conducted by the Israeli general Ariel Sharon, became legendary and it is still taught in many military academies around the world. Towards the end I will describe Israel’s peace with Egypt and the assassination of Egyptian President Sadat, the first Arab leader to have signed a peace agreement with Israel.